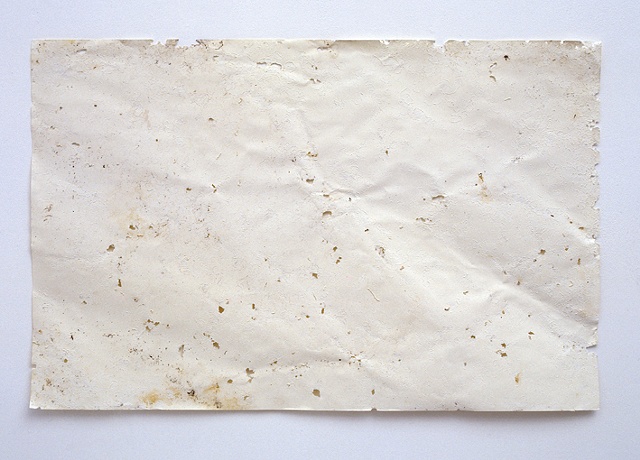 Finlay has been working for some years on ‘snail drawings’, using these garden molluscs to eat into paper in either an abstract manner or spelling out short texts. For example ‘Song Thrush’ which is major snail predator and appears as a warning or exclamation. Other works have pictured the Thames-side habitat of the Hairy-backed snail. Similarly grazed upon the inkjet photo documents become covered in snail trails and the dye based ink runs with texts like ‘holy land’ and ‘occupied territory’ reading across the image space. Recently Finlay has worked on a snail eaten dictionary which spent six months in the garden, Darwin’s text ‘Origin of Species’ and Steve Jone’s update of that thinking ‘Almost Like a Whale’ as well as more delicate decomposed book objects.